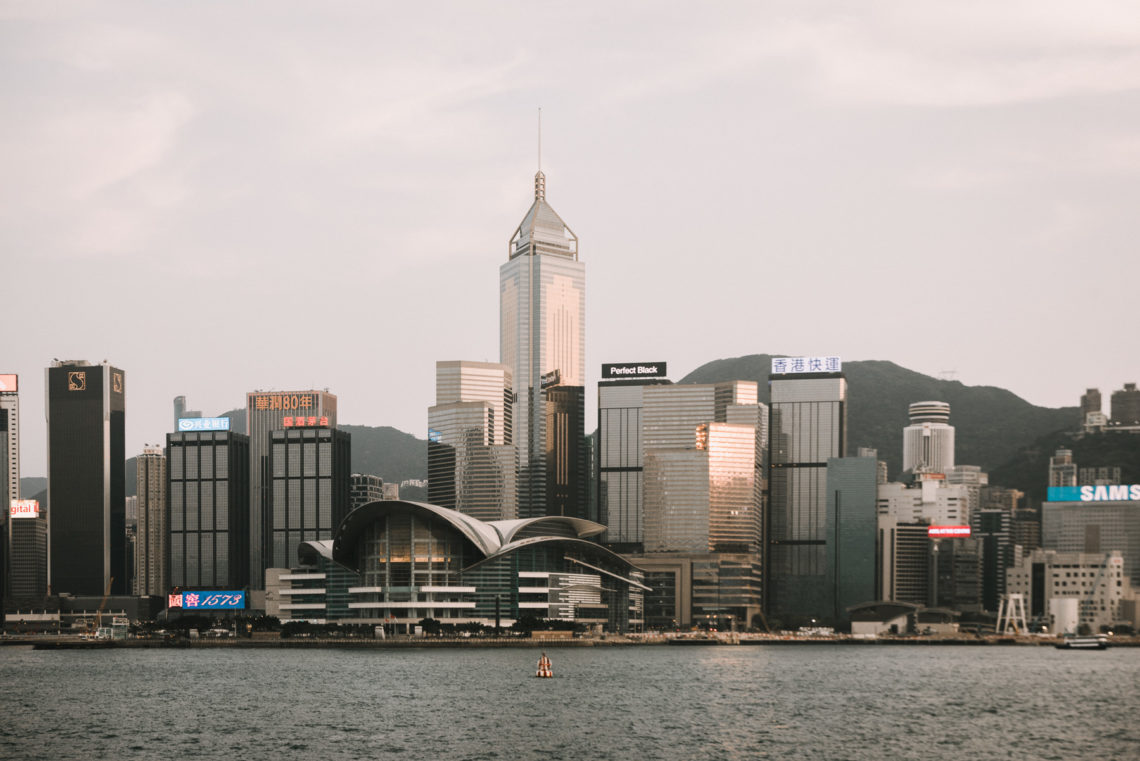 Our trip to Hong Kong felt like an adventure. We only got to spend one day in the city as a layover between flights. Of course this amazing city has a lot to offer and one day is by no means enough to fully experience it, but we tried to make the best out of this opportunity.

The cool thing about Hong Kong for us was that we were not required to get a visa and entering the country was as easy as just showing a passport.

We arrived with an early flight from Tokyo and because of switching time zones even won us an hour back. In the airport we bought tickets for the express train to the city, and it took us about 20 minutes to get there. Considering the fact that we only had one day for all, such a close proximity of the airport to the city came in very handy.

Looking for a place to have lunch

It was about lunchtime in Hong Kong when we reached the Central Station. Following a friend’s advice we wanted to visit Tim Ho Wan, a dim sum restaurant originated in Hong Kong which became popular for getting a Michelin star, despite being very affordable. Since then it turned into a chain with locations in nine different countries and became even more popular. We discovered that there was a shop directly at the Central Station. However, when we got there, we saw a line which could easily take two hours of our time. Somehow long lines turned out to be the curse of our trip 🙂

So, we decided to leave the station and see if we can find a nice lunch place somewhere around. We also wanted to make a quick stop in the Hard Rock Cafe to get a pin.

‘Picnics’ on the streets

When we left the station and faced the city, I was really surprised by one thing: there were women all around! They were sitting in small groups on the cardboard boxes spread on the ground, having their drinks and lunch boxes. It all looked like a giant picnic, and the whole thing was so out of place in the city’s central business district right next to the luxury boutiques like Cartier or Louis Vuitton.

After a quick googling, we have learnt that it is a Sunday tradition which brings together over 300,000 of immigrant women (mostly Filipina and Indonesian) who labor in Hong Kong as domestic helpers.

We also have learnt that they do hours of hard work for very low salary, a big part of which they usually send to their extended families in their home counties, and they only have off on Sundays. They use their days off as an opportunity to connect with fellow citizens and enjoy the taste of their homelands by sharing these self-prepared meals of their local cuisines. Although at that moment they seemed to look happy, but the scene we witnessed was such a grotesque illustration of the inequalities we have in our world.

We tried to approach some restaurants. Soon, however, we have realised that many places in the area also had waiting times or required in advance reservation. Sergio suggested to try Mong Kok, the busiest district in the world according to the Guinness World Records. The area is well-known for it’s shops, markets and food places.

When we arrived there, we started googling for restaurants with good reviews. Ironically, all places with acceptable rating were either chain fast-food points or some international cuisine restaurants. We wanted instead something authentic. And we found it!

Our next idea was to check on the google maps the filter ‘where locals eat’ (believe me or not, this post is not sponsored by Google), and here we go — we found a highly rated place! It was a bit far and required some walking, but it was our last hope and nothing could stop us. When we arrived, we discovered that the place was open and it looked so weird! In the huge hall we saw many big round tables, and the place was (like everywhere in Hong Kong) full of people. It was decorated in a funny way, somehow reminding me of banquet canteens in the post-USSR. You know, these synthetic crystal chandeliers, cheap plastic stucco on the walls, carpet floor with not matching ornaments… We felt excitement!

They brought us to a table, where two older ladies were already seating. While we were examining the menu, these ladies kindly offered us tea from their teapot. Apparently they were surprised and excited to see foreigners. We soon have realised that the staff was not speaking English and the menu was completely in Chinese, despite the fact that Hong Kong is one of former British colonies and English is also considered to be an official language there. Well, apparently not in that restaurant.

There were a couple of pictures in the menu, but for the rest we just had to guess. Funny enough, our knowledge of basic Japanese kanji came in handy — since this alphabet was brought to Japan from China, many of the characters preserved their meaning. So, at least we could know what kind of meat was in the dishes and could make our orders based on that. Looking at the neighbouring table we realised that the meals are served in small portions and are meant to be shared, so we ordered some. In general, the food was really good and authentic. There were a couple of weird things, but most of what we ordered was really tasty. The whole lunch experience felt like a real adventure!

After the lunch Sergio suggested that we go to Wang Jiao (also known as the Goldfish Street, the famous pet shop street in Mong Kok. No, we didn’t plan to bring back home a pet, but I must tell you — this street is something! I have never seen so many pet shops in a single place, and in fact, in my entire life I have never seen as many pet shops as this street has. There one can buy all kinds of fish, turtles, kittens, bunnies, puppies and even some exotic animals like for example scorpions or rhino beetles.

We also went to check the electronics market, another long street selling all kinds of gadgets, but we haven’t bought anything.

All places where we’ve been so far in Hong Kong were super crowded, especially in Mong Kok, and at some point I just felt exhausted because of it. It was a very strange sensation which I never had before: for a moment I had a strong urge to hide from the crowd, which seemed to be impossible in this city. So, instead we continued our exploration and headed to the Tsim Sha Tsui promenade.

Tsim Sha Tsui is an urban area in southern Kowloon. Its broad promenade is a popular destination for tourists and locals. From the waterfront one can enjoy the nice view of the Hong Kong Skyline across Victoria Harbour. There are many cafes and restaurants alongside, as well as some tourist attractions such as the Star Ferry, historic Clock Tower and the famous Bruce Lee statue. Those who got to spend more time in the city can also visit the Hong Kong Museum of Art, the Space Museum and the Culture Centre.

Despite the fact that the place was also full of people, it felt no longer obtrusive, maybe because the whole atmosphere of the place was more relaxed in contrast to the busy districts. We slowly walked along the waterfront occasionally taking photos of the skyline and enjoying the freshness of the sea air.

Waiting for the sunset

The Symphony of Lights

There is another thing which everyone can enjoy at the Tsim Sha Tsui promenade, namely the Hong Kong’s Symphony of Lights, which is a light and sound show that takes place every night at 8:00 pm and lasts about 10 minutes. For the whole 10 minutes you can watch how the skyscrapers in the skyline glow in neon colours changing with the music beat.

Although everyone can watch the light show from the waterfront, it’s best viewed from a boat. In order to do a boat ride, one hast to book a special ticket in advance. Since this whole one-day trip was rather spontaneous, we did not book anything. We were afraid that we won’t get any tickets for the same day, but Sergio decided to check online. I could not believe when he said there were two seats available. Excited, we hurried up with the booking… Only after the transaction was accomplished have we realised that we made the reservation for the day after!

Oh, we were disappointed twice: for missing the opportunity to enjoy the show and for paying for nothing (the tickets were not very cheap).

We knew that it was our own mistake and did not expect any reimbursement. Still, we decided to try asking what shall we do. We walked to the ferry’s pier and explained the situation to the guys responsible for the rides. They talked to each other, made some calls, and just said us to wait there. We were not sure what did it mean, but it seemed like we had a chance to get on the today’s ride! And indeed, another passengers started to come and were placed in line after us. We could not believe in our luck!

Soon our boat has arrived. It was the Aqua Luna II, a vintage Chinese wooden boat with purple-ornament sails. Since we were the first in line, we got to chose our seats. They served us drinks of our choice (one drink is included in the ticket) and the ride has begun. It was so nice just to finally seat there and relax after such a long and intense day. It was a 45-minutes ride and the light show was its absolute highlight. I truly enjoyed it! I felt so thankful for many things at the moment: starting with the fact that these nice people have allowed us to participate in the ride, up to being grateful for this interesting life full of opportunities in general.

After the ride was finished, we decided to call it a day and headed back to the airport, where we made it on time to our flight to Amsterdam. This day in Hong Kong was an amazing experience and I would totally love to return to that city for a longer period of time. 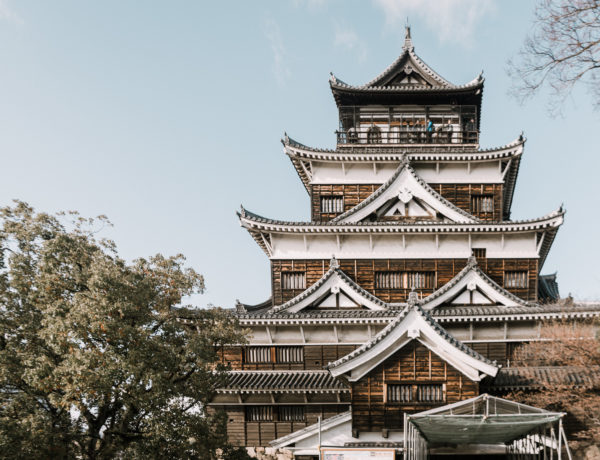 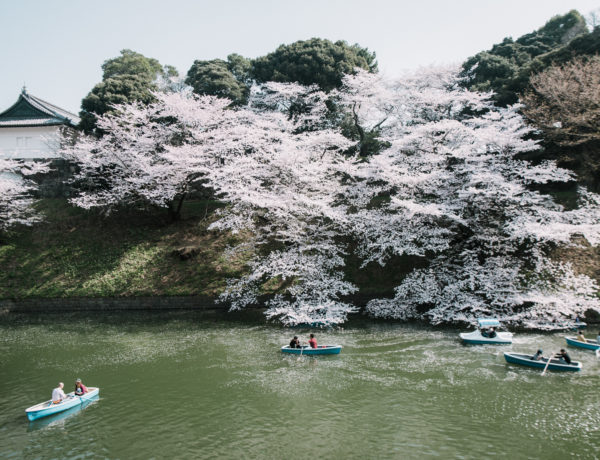 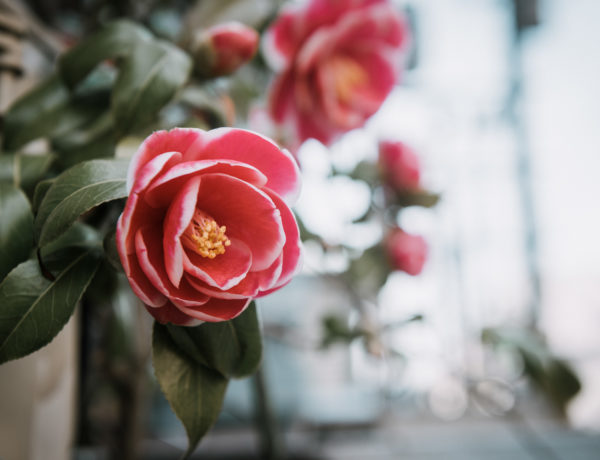 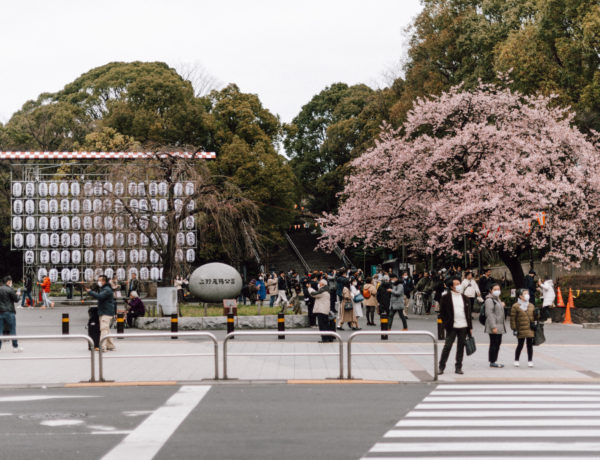