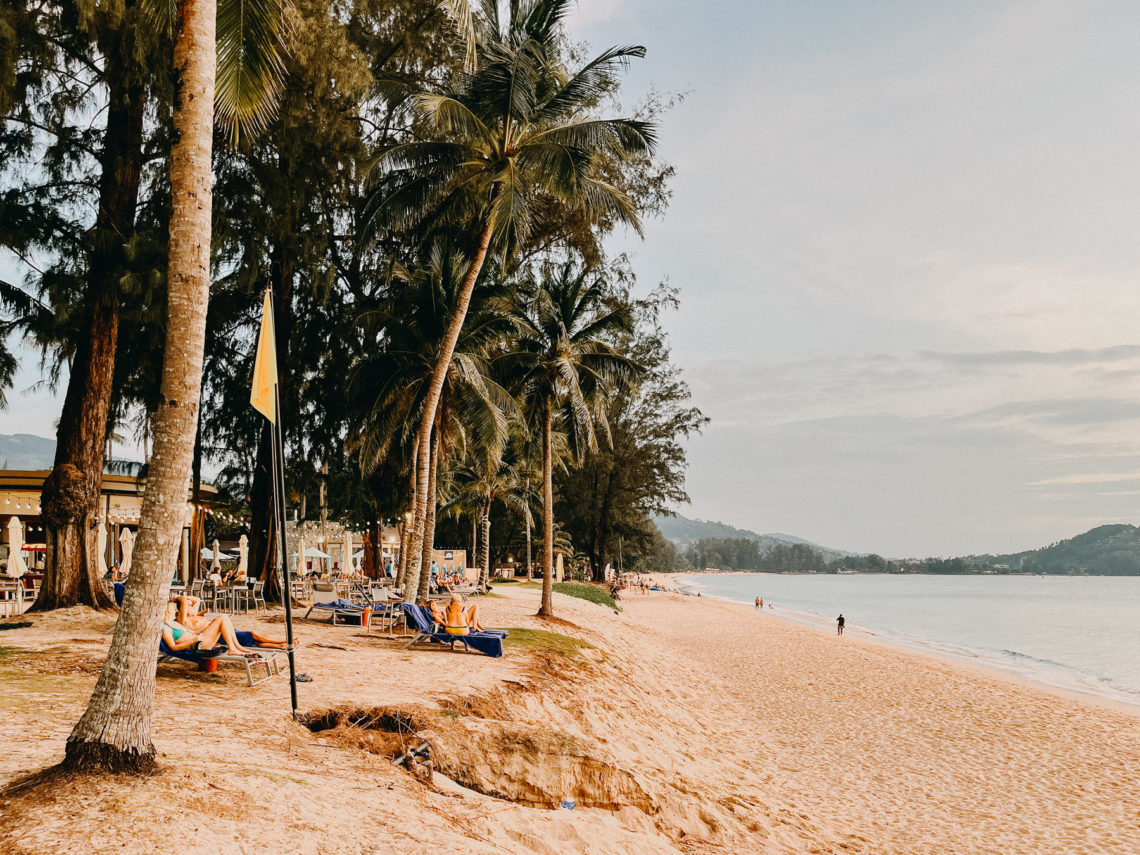 In the end of the last year, just before the Omicron virus variant hit the planet, we finally felt comfortable about traveling to destinations a bit further than Europe. We had a craving for something tropical and we were missing Asia at the same time. In Asia, many countries have shut their borders due to the pandemics and do not hurry to open. Luckily, we’ve discovered that Thailand was not one of them. In November last year, it has just started accepting vaccinated tourists without a need for a long quarantine. We’ve never been to Thailand before, and thought that it was a good opportunity to get some acquaintance with the country.

To enter Thailand, however, it was required to do two PCR tests: one before the flight and the second one upon arrival. It felt like a gamble, because with COVID-19 you can never know for sure. There’ve been so many cases, when even vaccinated people without any symptoms tested positive. Well, we decided to take the risk and booked the trip.

Initially, we booked ten days in a nice resort on the Koh Phi Phi island. Soon, however, the travel agency where we booked the tour, has contacted us and told us that, since we would have to quarantine before we got the results of the PCR test upon arrival, they wouldn’t be able to offer us the shared transfer to the island. They offered us two options: either we could pay for a private speed boat or we could spend the first night in a resort in Phuket. The first option was not very cheap, and we also found the idea to get some acquaintance with Phuket attractive, so we picked the second option.

Quarantine in the hotel

As you may already have guessed, our first PCR tests were negative. We had a long flight with a stop at Abu Dhabi. When we arrived at the airport of Phuket, everything was well organized: following the line, we quickly went through the testing procedure, and after that, without having to wait for long, we got picked up by a taxi shuttle to bring us to the resort SAii Laguna Phuket.

In the hotel, after a quick check-in, they brought us to our room, where we were supposed to stay until the tests results were ready. I took a shower and feeling fresh at last went to bad (as always, I didn’t sleep on the plane). Two hours later, when I woke up, the test results (negative of course) were there! I even didn’t noticed that I was on quarantine.

I had my very late breakfast on the balcony enjoying the best view I could have wished for.

It was around the sunset when we went out to explore. It gets dark early in Thailand in this time of year.

That evening I was lazy and didn’t take out my SLR camera. All photos in this post I took with my iPhone.

We went straight to the beach and enjoyed a beautiful sunset. Having walked further along the shoreline, we discovered that there were many interesting local bars and various food places in the shacks along the beach.

It was short before Christmas, and we spotted some decorations. It always feels odd to see any Christmas attributes in tropical countries. For me, Christmas and New Year are associated with snow and cold. Well, for Sergio, who grew up in a warm place, it’s the opposite and seeing Christmas trees on a beach is a usual thing.

We thought it would be cool to have a dinner in one of the shacks, but soon we realized that we needed cash for that. Our only option was to return to the resort, and then withdraw and exchange some money at the reception.

Although the hotel facilities were very inviting, we felt like we wanted to get in touch with something local and wild. And so, we headed back to the beach after we got some cash.

We walked quite far along the beach passing by many different shacks. It was strikingly empty everywhere. We didn’t have any particular place or goal in mind. I guess we just were curious to see what comes next — until we reached the point when there was no further path.

We turned back and headed to the open-air restaurant which we thought looked interesting. Just when we reached it, the whole electricity there went off. Only one table was occupied by a group of young Americans, and they already had their food a drinks served.

We were wondering, whether they would still be able to cook with the power being off. They told us it wasn’t a problem, and here we were: by candle light in a beach cafe having our first Chang beers! The power was coming back and going, but it didn’t bother us. That was such an amazing experience!

The food was also great. We both ordered soups: Sergio got a tom yum with prawns and I had a tom kha, a coconut soup, with seafood. Both were delicious!

After the dinner we returned closer to our resort and, since it was still early, went for another beer to some other beach bar. They had a nice electro music playing and we sat at the table right next to the sea enjoying the sound of the waves and looking at the colourfully lit horizon.

That was such a magical evening!

In the morning, we had a breakfast in the resort’s restaurant. I picked some unusual looking things from the buffet. Among those was a curry which turned out unimaginably hot — the kind which makes you feel ringing in your ears. I was glad I took just a little of it. There were also a couple of nice local sweets with coconut flavour.

As much as we loved it there, it was time to move further. Again, with a taxi-shuttle they brought us to the pier, where a speed boat was waiting for us to bring us to the wonderful island Koh Phi Phi.